On July 2nd, Mike and I took Abby to get her glasses. We took her to LensCrafters, because they could do them in an hour. She picked out a cute purple pair of glasses, and we picked them up after dinner. She's been really good about wearing them already - she wore them all day yesterday. She isn't used to it, so it's still normal for her to not wear them. When she first put them on, she looked over at me and exclaimed, "Mom, you have teeth!!!". I had no idea that her vision is as bad as it is. The doctor told me that her level of functionality for her lack of sight is astounding. He told me that she was going to have to learn how to see. Her brain is going to have to learn to interpret a new way of seeing.

Yesterday was July 4th, and we spent the afternoon at Holly's. After dinner, we went outside and started lighting fireworks. Holly held onto Olive so that Abby could participate in the festivities. This was the first year we have let her light smoke bombs or bottle rockets. I don't think she's ever seen a sparkler. She was very focused yesterday, and the pictures show her concentration and excitement at the fireworks. I went out last night and bought more, so that we could spend a few more days letting her light stuff. It was really neat to see her intense concentration. 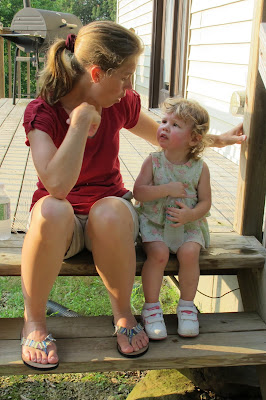 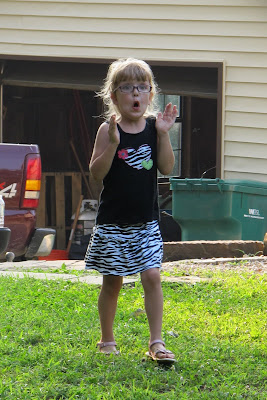 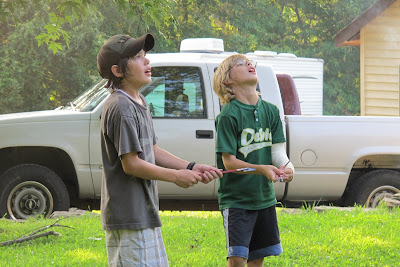 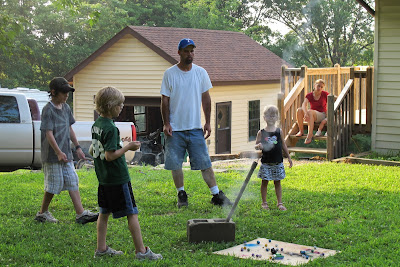 Posted by Heather at 7:57 AM No comments:

He thinks he's the king!